On 6th September the US Department of Justice (DOJ) unsealed an indictment against a North Korean regime-backed programmer who is a suspect in many significant network intrusions. It is assessed as likely that this programmer is a part of a larger organization, typically referred to as the Lazarus Group. Many attacks are described in detail in the 179-page indictment, including the Sony Pictures Entertainment (SPE) attack, the Bangladesh bank heist and the WannaCry outbreak. For more info, read our full blog post here: https://www.digitalshadows.com/blog-and-research/indictment-of-north-korean-regime-backed-programmer/ 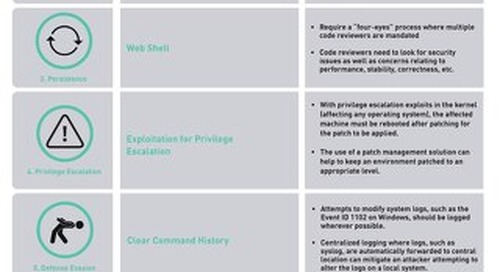 MITRE ATT&CK and the 2017 FSB Indictment

As with our previous work on the GRU, FIN7, and North Korean indictments, we’ve used the Mitre ATT&CK™ fram... 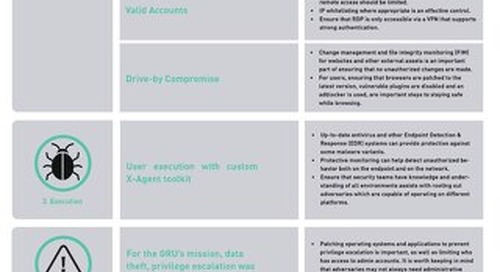 we have used the MITRE ATT&CK™ framework as our methodology to play back the findings of the indictment. In... 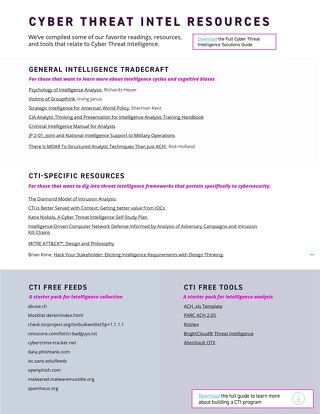 A compilation of some of our favorite readings, resources, and tools that relate to Cyber Threat Intelligence. 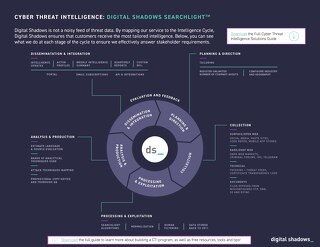 Digital Shadows and the Intelligence Cycle

This illustration of the intelligence cycle will allow you to see what we do at each stage of the cycle to ensure we effectively answer stakeholder requirements. 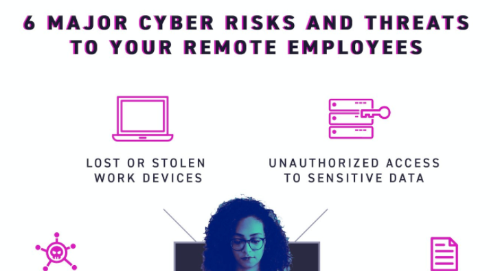 Though the remote-work landscape has been steadily moving forward over the past decade, COVID-19 (aka coronavirus) has forced many organizations to accelerate their plans or create them on the fly.

Learn 18 reasons why your organization needs digital risk management in this infographic.

CISO Rick Holland shares how we have mapped SearchLight to the NIST Cybersecurity Framework.

Infographic: Mapping the ASD Essential 8 to the Mitre ATT&CK framework

We took our recent work on the Mitre ATT&CK framework and various indictments of cyber criminals and nation state actors and mapped them to the Essential 8 framework.

Here are 5 ways that cybercriminals gain access to emails without conducting a phishing campaign or network intrusion.

MITRE ATT&CK and the 2017 FSB Indictment

As with our previous work on the GRU, FIN7, and North Korean indictments, we’ve used the Mitre ATT&CK™ framework to play back the findings from the indictment.

we have used the MITRE ATT&CK™ framework as our methodology to play back the findings of the indictment. In doing so, we aim to provide key lessons organizations can take away from this indictment.

How to Stay Secure at Conferences

Heading to a conference? Make sure to stay secure with these tips from our security team.